Not your average apprentice - IOPC 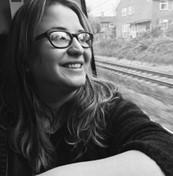 When I imagine an apprentice, the first, second or even eighth image that springs to mind isn’t someone in their mid-thirties, who has worked pretty much solidly for twenty years, in the same industry for almost seven and at the same organisation for a year. But that is a spot-on description of me. My name is Lauren and I’m not your average apprentice.

Given my background, you may wonder why I have chosen to go down the apprentice path. Well, there are several reasons that I decided to make this move for my career.

I’ve been interested in moving into a career in Learning & Development for some time now. But being established in one sector, the idea of moving was daunting and I assumed it would mean I would be earning less money. This apprenticeship has enabled me to make that move but remain at the same grade.

As part of the apprenticeship, I will be working towards the CIPD Level 5, which is something I have wanted to do for some time. Not only is this funded through the apprenticeship, but 20% of my working week is allocated to gaining the qualification.

My new role as a Trainee Learning & Development Advisor has a defined career path, so I know that in 12-18 months, if I perform as expected, I will receive a promotion.

When I considered these factors, applying for an apprenticeship was an easy decision to make. So yeah, it feels strange to have the word 'Trainee' at the start of my job title at this stage in my life, but I made a strategic sideways move to help develop my career.

My perception of apprenticeships, and who an apprentice is, has been completely turned on its head. So perhaps there isn’t really such a thing as your average apprentice. Maybe it can be anyone. Maybe it could be you.

Many of our Organisational Design, Development & Talent team (ODDT) have been watching the TV drama, 'It's a Sin', about five friends whose lives are tested as they grow up in the shadow of AID...

The Independent Office of Police Conduct (IOPC) has been awarded the Customer Service Excellence® (CSE) accreditation - an award that demonstrates the achievement of a national standard for excell...

IOPC Director General Michael Lockwood said: "Evidence of disproportionality in the use of police powers has long been a concern which impacts on confidence in policing, particularly in Black Asian...